The Big Country was shot at the Red Rock Canyon State Park in Mojave, California. It was also filmed at the 3,000-acre Drais Ranch in Stockton, California. For the ranch and field scenes with greenery, the movie was filmed in the central California Sierra foothills near the town of Farmington. 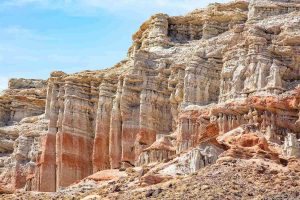