New Tricks is a British television police drama, created by Nigel McCrery and Roy Mitchell, and broadcast on BBC One.

The Fourth Man is the 10th episode of the 7th season and centers around the team getting involved with high-level police corruption that threatens the future of UCOS. While no information is available for this episode in particular, the program was filmed at West London Film Studios, located in Hayes, Hillingdon, London. 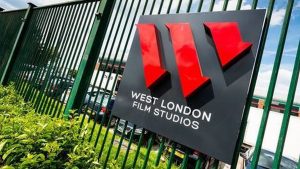