1940s American film A Stolen Life is set in New England, though many of its scenes were filmed in Southern California. The lighthouse surrounded in fog where main character Kate finds herself painting was actually filmed in both a studio and Laguna Beach, CA. The fog scene, or the painting scene, was filmed on the beautiful beaches of Orange County serving as a makeshift New England. 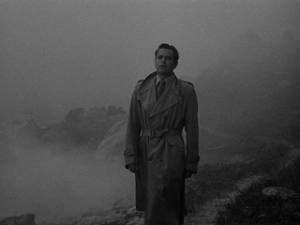