According to The i Paper, The epic war-time drama World on Fire, which continues on BBC One on Sunday, tells the gripping tale of families, friends and lovers caught up in the horrors of World War II.

Starring acting heavyweights Sean Bean and Helen Hunt – and Neil from The Inbetweeners – the story is set to captivate its audience over the next few months.

Set in the different countries in Europe, World On Fire is a heart-stopping, multi-stranded drama telling the story of the war through the lives of ordinary people from both sides of the conflict.

Focusing on the lives of ordinary people during the Second World War, the ambitious TV series follows plots across the continent, including story lines in Great Britain, Poland, France and Germany.

Adam Smith, director of the first two episodes of World on Fire, said that the show was mainly filmed in Manchester for English scenes, and Prague, in the Czech Republic, stood in for Paris, Berlin and Warsaw: “Prague was amazing to work in, with some fantastic locations. They were so varied and so different. We built a big set of Warsaw. We tried to get as much real locations as we could, then add CGI [computer-generated imagery] on top.”

In Manchester, the Castlefield area was turned into the backdrop for the drama, and filming took place around Duke Street and Castle Street.

Helen Ziegler, one of the show’s executive producers, said she was impressed with the set team’s work replicating Warsaw, both pre and post bombing: “They’d found these incredible factory ruins, and then we built some of the Warsaw set beyond it, so you had these perfect streets, then as you told the story of [the war in] Warsaw, we pulled apart the set and destroyed it, and then revealed the ruins beyond.

“It was such a clever way of showing that. You’d walk along this beautiful set and feel like you were there.“Warsaw was just the most incredible, vibrant, glamorous city in 1939, and we wanted to show that joy of the city before the war began.” 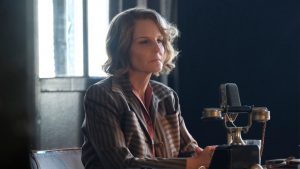 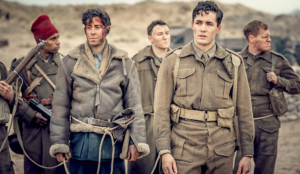